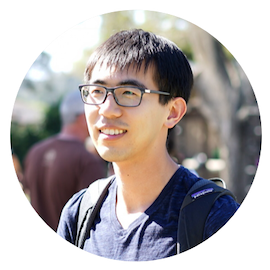 Hello, I’m Jianneng. I work as a Software Engineer at Workday in Northern California. My work focuses on distributed systems and data processing, specifically using Apache Spark, Hadoop, as well as JVM-based languages and libraries.

I was born in Harbin, China, where I grew up and finished elementary school. Then I moved to Toronto, Canada, and stayed there until the end of high school. Next, I went to Cornell University in US east coast for undergrad, before coming to UC Berkeley in the west coast for master’s. It can be a bit of a struggle when people ask me where I’m from.

I used to be involved in the speedcubing scene, and competed to solve the Rubik’s cube and variants as quickly as possible. These days, while I always have a cube by my desk, I mostly play with it when waiting for code to compile. I do like to think that I had some real potential though.

Sword and Signals is my personal blog. I intend to use it to share some of my learnings and musings over the years.